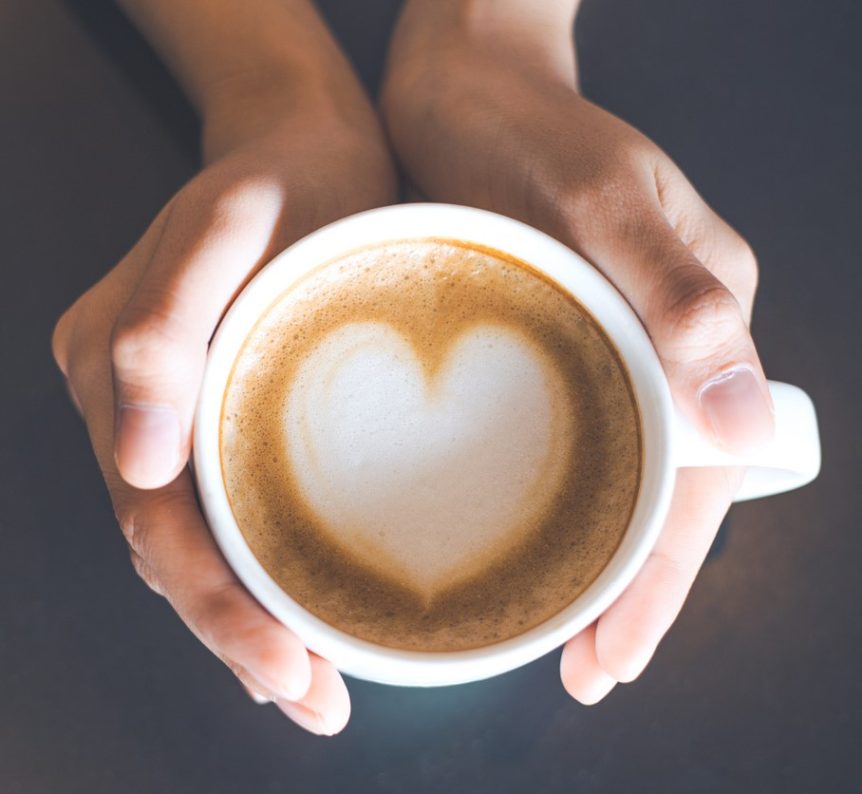 Coffee: liquid crack to much of the human population and the most widely consumed stimulant in the world. In the US alone, 83% of the population drinks coffee, 587 million cups are consumed each day and $30 billion is made on the coffee industry in America each year. Within a 5-mile radius of where I live, there are 20 coffee shops, and many apartment complexes boast a chic gourmet coffee bar as one of their amenities. I’ll be honest, it was a major sell for me when choosing an apartment. I can’t imagine my life without coffee. In fact, I’m drinking a cup while writing this.  I think many people are on the same page.

As with most enjoyable things, there has been the buzzkill (pun intended) of health reports claiming that coffee and caffeine, in general, are bad for us. Then our hopes are raised by new reports stating coffee is super healthy.  Followed by, a few months later, a new study claiming coffee could cause us to die. Research on the effects of caffeine on the cardiovascular system have been inconsistent and contradictory.  Some studies show that caffeine can cause elevated blood pressure and an increased risk for heart disease while other studies indicate that caffeine actually has a protective effect on the heart. So, which one is right? Is coffee and caffeine good for us or bad for us? The answer is both and its determined by our genetics.

When looking closer, research illuminated that the effect of caffeine on cardiovascular health is linked to a variation in a gene called CYP1A2 which, I will here on call “the coffee gene”.  This gene is responsible for the body producing an enzyme that breaks down caffeine (cytochrome P450 1A2 for you detail-oriented folks).  Variations in the Coffee Gene determine how quickly the enzyme breaks down caffeine.  Individuals with a Coffee Gene that causes slower processing of caffeine, are at a much higher risk for high blood pressure and heart attack than individuals who more quickly process caffeine.  This risk is shown to occur with an intake more than 200mg of caffeine a day (about 2 small cups of coffee).  For individuals with the Coffee Gene variant that processes caffeine quickly, a lower risk of heart disease was found with those who drank moderate amounts of coffee as apposed to those who did not drink any coffee.

So, how do you figure out which variation of the Coffee Gene you have?  Have a simple DNA test done to find out. Or go with the “ignorance is bliss” approach. For more information on nutritional DNA testing click HERE